By Aaron Whitcomb on February 21, 2020 in Auto Insurance

Choosing The Right Car For Your Teen To Drive 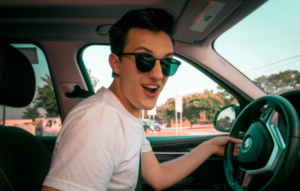 So, there’s a new teenage driver in your house…it’s certainly an exciting time. But it’s also a time that many decisions and choices will need to be made:

And then there’s the biggest decision of all…What will he drive? Will it be the family car, will he have a car to use as his own, or will it actually be his own?

Should your new driver have his own car immediately?

Many parents hold off on getting “Junior” his own car right away and let him drive one of the family cars awhile in order for him to not only get used to driving by himself, but also to prove that he is a safe and conscientious driver. And no matter how good of a driver he is, accidents happen…according to the CDC…

Crash risk is particularly high during the first months of licensure. Data from the 2017 National Household Travel Survey indicate that the crash rate per mile driven is 1.5 times higher for 16-year-olds than it is for 18-19 year-olds.

My point is not to discriminate against new drivers, we all had to start somewhere…it’s just that they are young, inexperienced and invincible (in their own minds).

And so, with that in mind, whether you get “Junior” a car of his own immediately or wait awhile…

How do you choose the right car?

Give us a call at Whitcomb Insurance  we would be happy to sit down with you and help you decide which options are best for you, and answer any questions you might have. You can count on us to be totally honest and upfront with you!

Aaron joined the family owned agency in 1996 and became the full time agent when his Aunt and Uncle retired in 2008. Aaron prides himself in taking a genuine and caring approach to his business. Aaron always has the best interest in his customers needs and values the trust they have in him to maintain long lasting relationships.
View all posts by Aaron Whitcomb →
Insurance Mistakes
Need a Will

Allstate Insurance: Aaron Whitcomb can be found at: