By Aaron Whitcomb on November 21, 2018 in Auto Insurance

How To Spot and Avoid An Impaired Driver

You Can Hand Over Your Keys Or Your Life. Make The Right Choice.” Alcoholawareness 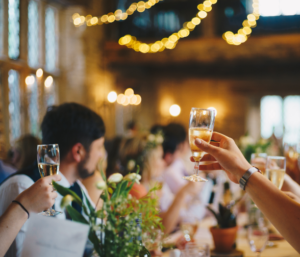 The holidays are upon us…the season of good cheer. But the problem is, especially during the holidays, too many people have too “much cheer,” and then they get in their car and head down the road, putting everyone on the road and themselves in danger.

In 2017, the National Highway Traffic Safety Administration estimated that 10,874 people died in traffic accidents caused by drunk driving. And the holidays, the days between Thanksgiving and New Year’s, produce the highest amount of DUI arrests than any other time of the year. With other holidays such as 4th of July, Cinco de Mayo and St. Patrick’s Day right behind.

We are at risk! If we are going to be driving on the roads, especially during the holidays and at night, we need to protect ourselves and everyone else traveling with us…we need to know how to spot and avoid impaired drivers so we remain safe.

Signs of an Impaired Driver

By the way, there are more reasons than being drunk that can cause a person to be impaired, such as drugs (prescribed or illegal), heart attack or other medical conditions, failing eyesight, or fatigue and sleepiness…those impairments have similar signs and can cause just as much damage and injury.

To be aware of the impaired driver, watch for these tell tale signs:

If you encounter what you believe is someone driving impaired…

Never try to confront the driver, but keep your distance and call 911. Although it’s best if you can stay on the phone with the dispatcher until the police arrive, if you are alone in the car, it’s safest to pull off to the side of the road to make the call. Be prepared to give them as much information about your location, and the car and driver as possible.

Have a safe and responsible holiday season!

At Whitcomb Insurance we love to sit down with our clients, and we would be happy to sit down with you, answer any questions you might have, whether it’s about auto, homeowners, small business or life insurance. You can count on us to be totally honest and upfront with you!

Aaron joined the family owned agency in 1996 and became the full time agent when his Aunt and Uncle retired in 2008. Aaron prides himself in taking a genuine and caring approach to his business. Aaron always has the best interest in his customers needs and values the trust they have in him to maintain long lasting relationships.
View all posts by Aaron Whitcomb →

Allstate Insurance: Aaron Whitcomb can be found at: